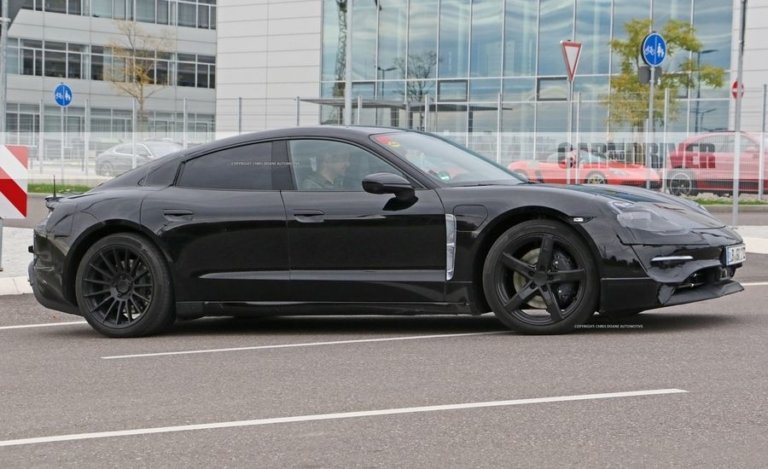 What It Is: The rolling, electrically propelled hole into which Porsche is shoveling $750 million—and a new dedicated assembly line with 1000 new workers—in a fevered chase after Tesla. While the name could change for production, it’s currently known as the Mission E, the same moniker Porsche applied to the concept car previewing this all-electric luxury sedan. And wouldn’t you know it, the Germans rounded up a pair of Teslas (a Model S sedan and a Model X crossover) as benchmarks for its electric sedan prototypes.

Why It Matters: Porsche, like practically every other luxury automaker, is late to the party Tesla kicked off with its Model S sedan. The Tesla is quick, has over 300 miles of range depending on configuration, and is luxuriously appointed—and, as the only car of its type, it has been gobbling up the money of eco- and image-conscious buyers for years. Existing luxury brands would prefer that cash from those buyers make its way to their coffers instead, yet they’ve done relatively little to woo the Teslarati. Porsche, along with Mercedes-Benz, Audi, and BMW, has dabbled in plug-in hybrids of late, but Porsche’s bold step toward a true EV—particularly one that’s a stand-alone model—will make it the establishment’s first serious Tesla challenger. 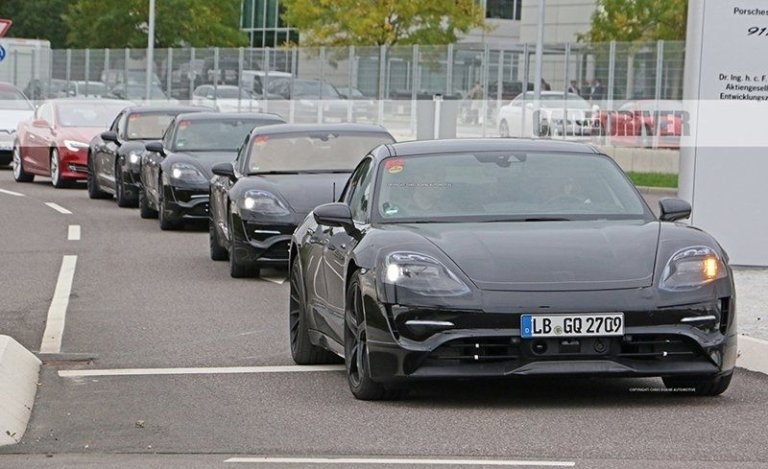 Platform: While these prototypes appear similar to Porsche’s current-generation Panamera sedan, they are not. Spied wearing production bodywork (albeit under some camo), the Mission E is expected to stay close to the concept in terms of styling, differing from the Panamera both inside and out. The E’s body will utilize a lightweight mix of magnesium, carbon fiber, aluminum, and steel. These test mules’ dramatic rooflines and bulging fenders appear to be taken directly from the wild-looking Mission E concept car. And as on the show car, the nose has a lot of Porsche’s 918 Spyder supercar in it, while the rear is a pleasing mix of 911, 718 Cayman, and Panamera.

Powertrain: Unlike Tesla’s relatively conventional electric hardware, Porsche’s is coming straight from the racetrack. The Mission E’s motors and drive units will be adapted from Porsche’s Le Mans–winning 919 hybrid race car. (Fun fact: This means the Mission E will be only the second current production Porsche with a racing-derived powertrain, joining the 911 GT3.) Porsche is hoping to extract around 600 horsepower from the E’s pair of electric motors, which have compact dimensions that will help allow space for more battery cells. More batteries equal more driving range, and Porsche’s bogey for the E is 310 miles, although lower-priced versions with lower-capacity batteries and less range are most likely in the works. Acceleration to 60 mph should take less than 3.5 seconds—exceeding expectations here is critical for Porsche, given that versions of Tesla’s Model S can already crack the 3.0-second barrier—and torque vectoring and rear-wheel steering will further juice the E’s performance to Porsche-appropriate levels.

What Might Go Wrong: Porsche could have misjudged the entire electric-car market. Even the company’s head of research and development, Michael Steiner, has admitted that market analysis isn’t perfect, maybe even more so when dealing with a hot startup competitor like Tesla. Maybe Tesla’s success is purely its own. Maybe buyers don’t want a Porsche EV. Porsche will find out one way or the other, a privilege—or gamble—that’ll ultimately cost the firm nearly a billion dollars.

Estimated Arrival and Price: Porsche is racing to release the Mission E by sometime in 2019. Given the car’s performance targets, as well as the Porsche crest on its nose, pricing will start around the $85,000 mark—matching the base Panamera—and rise quickly from there. 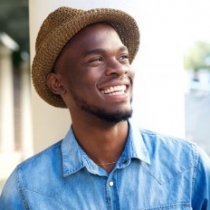