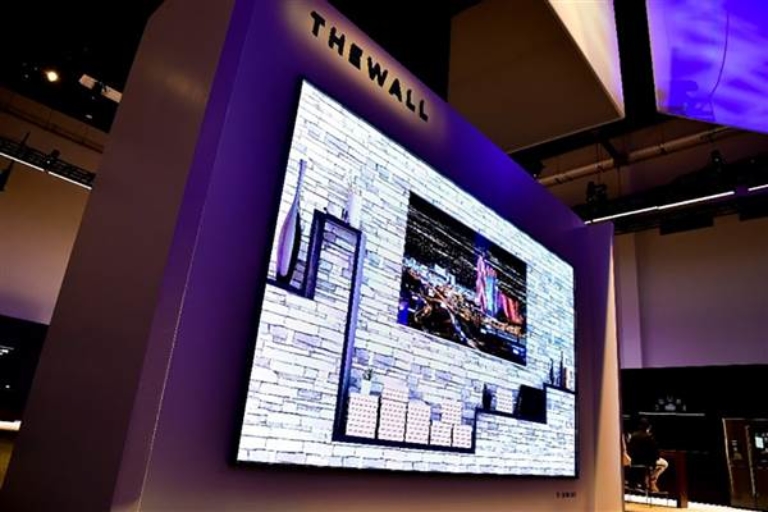 LAS VEGAS — The tech industry’s annual trade show, CES, always provides a fascinating look into our high-tech future. Yet… it’s also littered with plenty of products that will never see the light of day.

When the show’s doors open on Tuesday, more than 2.7 million square feet — a record in the show’s 51 years of existence — will be occupied by companies showing off their latest innovations.

While some of these products will find buyers and be standouts of the show, many others may actually never make it to market.

Parts of CES are “about big news and splashy product launches,” but the trade show’s significance lies in its ability to “offer a glimpse into the future of what is likely to come,” Geoff Blaber, an analyst at CCS Insight, told NBC News.

“The vision you see at CES isn’t necessarily going to manifest itself in one, two or three years,” said Blaber. “It’s indicative of where we are moving.”

In other words, technology can wow critics and be the subject of headline articles, but that doesn’t mean consumers are necessarily going to buy it anytime soon — or, indeed, ever.

Remember the smart hair brush that was the talk of CES last year? Chances are you don’t own one. But one of the hits at CES last year, the Willow Pump smart breast pump, is currently just coming out of beta after its big moment.

Perhaps the biggest fall from grace in recent times is Faraday Future, an electric car maker hoping to rival Tesla. The company held two splashy events in previous years but is nowhere to be seen this year after a litany of problems.

“CES is important in that it ‘tests’ early consumer acceptance for new technologies,” said Patrick Moorhead, principal analyst at Moor Insights & Strategy. “I believe we will see most of what is shown at CES on the retail shelves in 2018, but not products that tested poorly or just were too hard to develop or manufacture.”

The early contenders gathering buzz at the start of the show include an electric SUV from Chinese automaker Byton, plenty of autonomous vehicle technology and, in classic CES fashion, a smart TV. In this case, Samsung’s “the Wall TV,” which is a beastly, 146-inch modular television that lives up to its name.

Google Assistant is expected to be a driving theme of CES, as if it wasn’t already obvious from the Google branding plastered around Las Vegas. Experts NBC News spoke with said they expected Google’s battle with Amazon’s Alexa for your home to be the talk of the show.

But there is also plenty of tech that skirts the line between innovative and obscure.

Remember Spartan, the boxer briefs claiming to block cell phone radiation? They’re back again this year. L’Oreal is also showing off a thumbnail-sized sensor to measure sun exposure. Users can wear the patch for up to two weeks on their nail and track levels via a companion app. Toto is unveiling a zero gravity bathtub that looks downright enjoyable — if only a luxury that might have some people questioning whether they really need the fanciest bathtime on the market.

For the 51st year of CES’s existence, more companies than ever are lining up to show off their products — and not just to get a share of what’s in your wallet.

“It is indicative, in a broader theme, that technology is permeating everything,” Blaber told NBC News. “To a larger extent, if you’re a watch maker or a beauty company, if you are not at least experimenting with technology and understand how it can assist your products, you stand a chance of being alienated.You have to be involved, even if it’s just experimentation.”

So among the splashy headlines and cool videos, just remember: Although you may see some of the items in stores very soon, and other products might be refined and released in a few years, quite a few others may just be glorious flops.